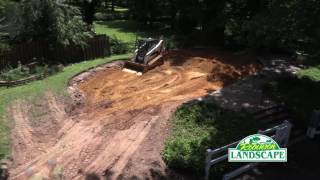 Why Hire Us For Your Pool Removal? 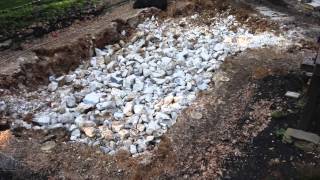 Pennsylvania is home to a vivid landscape from the speckled oak trees of Philadelphia to the water lilies of Lake Erie. When it comes to ornamental plants for your front and backyard, some are better suited to a controlled environment than others.

When most people think of ornamental plant life, they imagine the intricately shaped shrubs that dot the many lawns of suburbia. These shrubs are most often referred to in the horticultural community as evergreen or deciduous shrubs. The uses and intents for each of the varieties of shrubs vary, and one should take the following into consideration:

This low-growing, flowering shrub has trumpeted flowers that appear during summer through late fall. It usually takes a mound or rounded shape with a thick base and should be pruned every two weeks to a month.

This dwarf shrub produces lush, red flowers in the spring/summer as well as juicy, bright scarlet berries which are the favorite of bears (hence, their name). Those with bears in the area beware! The leaves are a rounded, textured leaf that used to be used for medicinal purposes in liquid extracts and tea to treat many ailments. It prefers sun to part shade, and creeps low to the ground and often around various fixtures. The leaves turn a bronze to red color during the later summer and fall months. A very versatile shrub with very lush, vivacious color throughout the year.

This spiny shrub, which produces pear-like fruit in late summer/early fall and lush, sprouts lotus-petaled flowers throughout spring. The Japanese Quince has been used as an ornamental plant for centuries and is also grown as a bonsai tree. The fruit that bears it’s name is edible, but better suited for jams or preserves than straight eating. It features dense growth and thorns, full sun to partian shade, and dry soil, which makes it easy for any caretaker to manage. It should be pruned regularly throughout spring, summer, and fall.

Forsythia is common to many Pennsylvania yards and gardens. It features a burst of yellow flowers completely enshrouding the shrub, appearing in spring before the leaves begin to show. It only requires some sun and porous soil. It’s one of the easier shrubs to grow, which only adds to its popularity. Sometimes we use this hearty plant for erosion control, but really it is appreciated for its beautiful spring blooms. It should be pruned after flowering cycle throughout summer.

This small shrub produces light and airy, fern-like leaves with yellow or white flowering varieties. Mostly suited for dry, lean soils with a full exposure to sun, it also thrives with companion plants of like variety. It blooms in mid-to-late summer and should be kept bunched and any stray growth should be pruned. Many recognize St. John’s Wort from the holistic medical use to treat depression.